AID FOR HEALTH
Looking at the world from another perspective…

Overview of simulations since 2010

2010
Initial simulation pilot at Harvard that started off as a collaboration between a student and a staff member under the newly-launched HSPH Global Health Student Forum and the Student Alliance for Global Health at Harvard, involving students from several Harvard graduate schools and the College, from MIT, Boston University, and the Tufts Fletcher School. Already this first pilot (while not yet under the name A4H) had most of the key elements of today.

2011
First simulation under the name Aid For Health, again organized with/by/for students from across disciplines at Harvard, MIT, BU, and the Tufts Fletcher School; the simulation added a new element with an MIT/Consensus Building Institute-sponsored Negotiation Workshop in collaboration with the Swiss Consulate and Swissnex.

2012
Third annual simulation organized at Harvard University, with students from across several Harvard graduate schools and the College, MIT, BU, and the Tufts Fletcher School, again in collaboration with the CBI and Swissnex. Participants now also got fancy certificates signed by Dean Frenk and other supporters in high places.

2013
Fourth annual simulation organized at Harvard with students from across Boston again, including the executive negotiation workshop with CBI. The original simulation fell on April 19th, the day of tragic events in Boston when the city went into lockdown after the Boston Marathon Bombing and shootings in Watertown. Harvard University closed for the entire day and the simulation was postponed by 2 weeks – but went ahead successfully against the odds but with a reduced number of delegates and involved schools.

The first three simulations at Harvard were hosted by the Center for International Development (CID) at the Kennedy School of Government – with Dean Julio Frenk of the Harvard School of Public Health providing support and giving the closing appreciation speech. The 2013 simulation was held at HSPH itself, with Julio Frenk as the original key note speaker – unavailable unfortunately for the new postponed date.

2015
Season 6 of the simulation, in the significant year of 2015 was a special one – with a large organising team at HSPH and the wonderful guidance and support from OSA – the HSPH Office of Student Affairs which helped in improving logistics and freed up heads to focus on a new case: The Road to Recovery in Equatorial Guinea!

2013
Aid for Health was run as an integrated class-exercise at the Univeristy of Washington in Seattle, to be repeated and broadened to a full-fledged inter-disciplinary event in 2014.

2012
The first Aid for Health simulation outside of the US, hosted by the Humanitarian Centre at Cambridge University, to highlight their annual theme on Global Health. Student delegates from across the UK (and some from continental Europe) formed two full sets of delegations running in parallel, organized by a professional staff team at the Humanitarian Centre.

Discussions are ongoing on continued collaboration and a repeat of the 2012 simulation, possibly using the A4H methodology of ‘dramatic immersion’ applied to the area of sustainability and climate change (or future Annual Themes).

2012
In autumn 2012, the Institute for Global Health at University College London (UCL) with support from A4H alums organized the first Aid for Health simulation integrated into a global health curriculum. A high numbers of students made it necessary to run the simulation in three parallel sets of delegations and sessions.

From 2013 on, UCL will integrate the Aid for Health simulation format in its graduate degree programmes in global health – supported by regular budgets and staff. A4H is exploring this model – integration in terms of curriculum and organization while maintaining openness to outside participants – also with other partners, including HSPH and the University of Botswana. 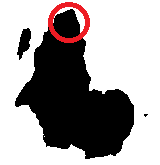 2012
In preparation of a first comprehensive Aid For Health simulation in Africa, a first workshop on aid practice and policy was held at the University of Botswana Master’s in Development Practice programme (MDP) as part of the Global MDP network led by the Earth Institute at Columbia University in the US.

2014
The simulation in Beijing was Aid 4 Health’s first in Asia and was a great success, not at least because it had powerful sponsors at WHO and the Gates Foundation, in additional to strong support from Peking University and a dynamic organisaing team with Model UN experience.

2015
The second A4H simulation in Beijing took place in May 2015, again hosted by WHO and with strong other partners and a new case.